Metaverse describe the concept of a future iteration of the internet, made up of persistent, shared, 3D virtual spaces linked into a perceived virtual universe. Virtual Mainstreaming: people increasingly regard the virtual world to be as real as the physical world. Virtual mainstreaming is core tech of Metaverse. Machine Intelligence: This includes domains sometimes called deep learning, machine learning, and artificial intelligence. Cybernetics: It is about the integration of human sensory and motor systems with computers. Challenge By Open Systems, the original intent of the Internet was a highly distributed, decentralized network of interoperable computers and applications. Blockchain Adoption, it allow for trustless data exchanges; decentralized authority, a record of history and provenance, provable scarcity of assets. Accelerating Distributed Networks: 5G networks will improve mobile networking speeds, concurrency and latency by orders of magnitude. And 5G is not the end of the road: 6G will improve these metrics by another 10–100X. We should see 10 Gbps speeds with latency down to 1ms within the decade. Simulating Reality: Almost every game with 3D graphics generated real-time imagery was through a collection of hacks called shader programming. Ray tracing uses the physics of light to simulate how images look based on how photons bounce between and through different materials. 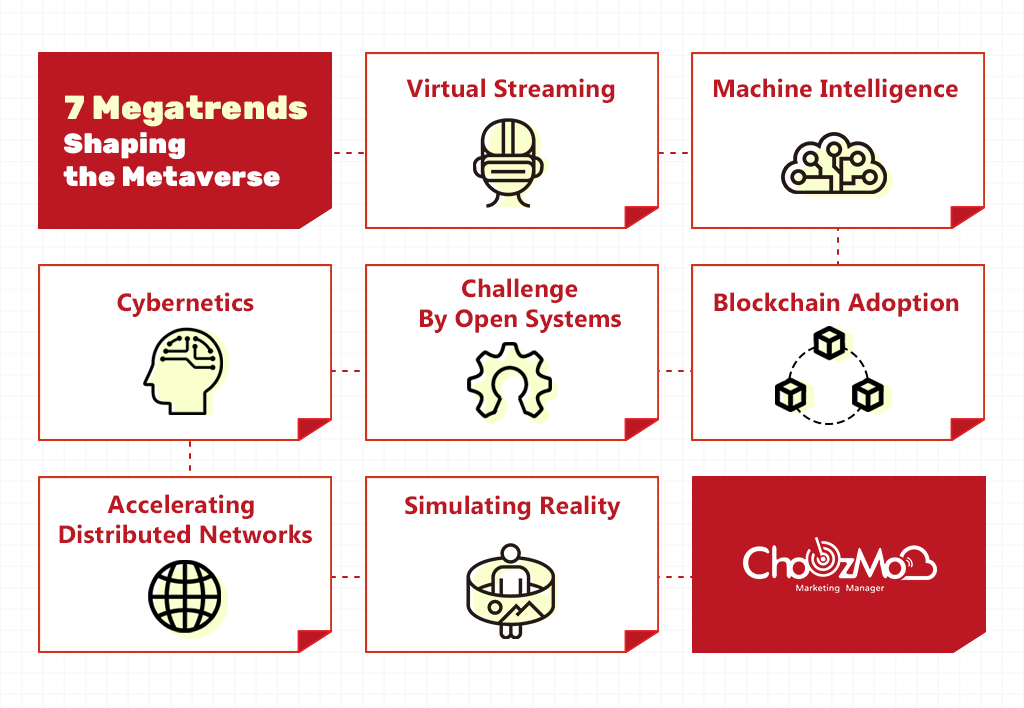